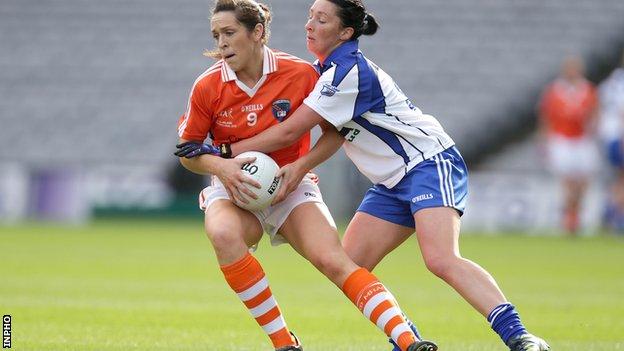 Armagh ladies midfielder Caroline O'Hanlon has made the shortlist for the Intermediate Player of the Year award.

O'Hanlon, who has also been nominated for an All Star award, played a key role in Armagh winning the All-Ireland intermediate title last month.

Antrim duo Clare Timoney and Kirsty McGuinness are among the front-runners to be named Junior Player of the Year.

The award winners will be announced at a gala function on November 15 in the CityWest Hotel in Dublin.