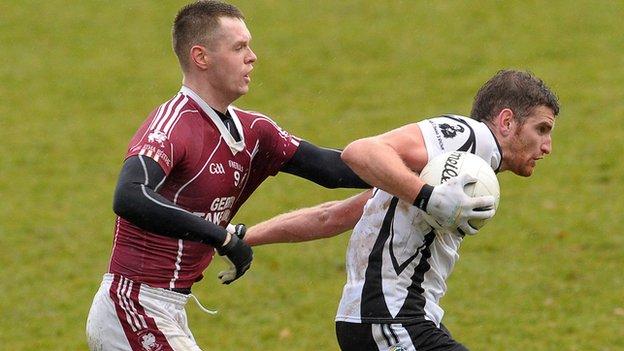 The Monaghan hosts led by a point early in the game before Devlin fired over three points to help the Down men to a 0-6 to 0-3 lead at half-time.

Drew Wylie was sent-off for a high challenge on Devlin as Kilcoo secured a semi-final meeting with St Gall's.

Kilcoo's Jerome Johnston scored the opening two points of the game but Ballybay hit back with three points and Thomas Kerr's shot was cleared off the line by Sean O'Hanlon.

Devlin's three straight points before the break saw Kilcoo take control although Ballybay stayed in contention until the last quarter.