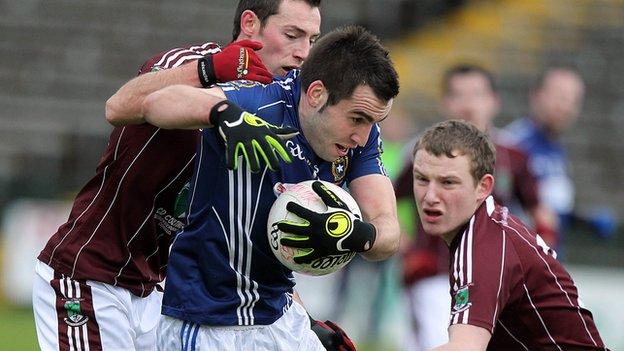 St Gall's set up an Ulster club football semi-final against Kilcoo after a comfortable win over Fermanagh champions Tempo at Brewster Park.

Kevin Niblock set the Antrim side on their way with the opening point, followed by two from CJ McGourty.

Aodhan Gallagher side-footed into the net after a defensive error to leave St Gall's 1-12 to 0-3 ahead at the break.

Tempo fired over three points on the restart but there was no comeback against a quality Antrim team.

St Gall's were superb in the first half and hit eight straight points between the ninth and 22nd minutes.

Mark Kelly, Sean Kelly and Kevin McGourty were also on target in the first half for the 2010 All-Ireland champions.

Tempo made a bright start to the second half with Ciaran McElroy's double and a Thomas Campbell score giving the Fermanagh men a glimmer of hope.

St Gall's maintained a healthy advantage and eased to victory although the impressive Kevin McGourty and Sean Burke were forced off with injuries.