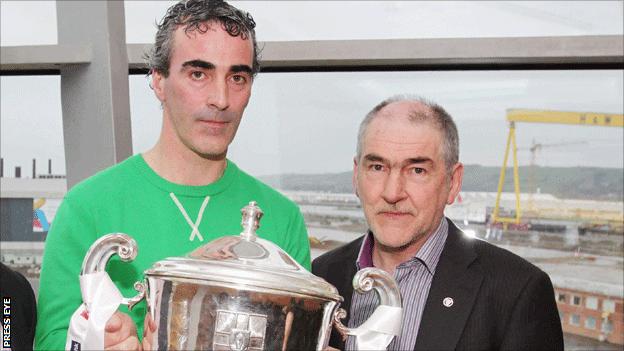 The draw gave Donegal home advantage and the county plans to increase the capacity at Ballybofey to 18,000.

"A lot more people would want to see the game live than would be able to be accommodated in Ballybofey or indeed Healy Park," said Harte.

"It could be an economic issue that would determine it in the end."

Clones, with a capacity of over 30,000, is a possible alternative for the game.

Harte added: "It really does need a ground with a bigger capacity to offer that opportunity to as many people as possible to go and see the game.

"Yes, it's a home draw for Donegal, but they have to weigh up the fact of how many people want to see this and how many would likely be in attendance.

"I certainly think it's a game that will attract a lot of interest."