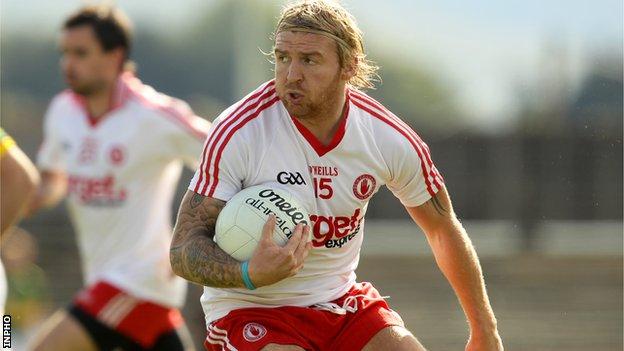 Tyrone forward Owen Mulligan has said he may make a decision on his inter-county future this weekend.

Mulligan will be in action for Cookstown in the Ulster Club Intermediate Final on Sunday and says he may make a decision after that game.

The 31-year-old said a number of Tyrone players could join Ryan McMenamin in quitting the intercounty scene.

"There's a couple of players that have to think about the future including myself," said Mulligan.

"I'll maybe make a decision on Sunday when hopefully we have won the final," he said.

"I've made it no secret that I don't like playing in the Dr McKenna Cup and Mickey (Harte) knows that.

"I like to winter well as they say, so hopefully we can keep this thing going as long as possible and get to an All-Ireland final but we will take this game on Sunday first."

Mulligan believes that Tyrone are now in a period of transition.

"Tyrone have to rebuild again and they have the players and the underage set-up to do that.

"Ricey (McMenamin) doesn't owe Tyrone anything nor do players like Enda McGinley or boys that have gone before him.

"Three All-Irelands - you can't really complain about that there."