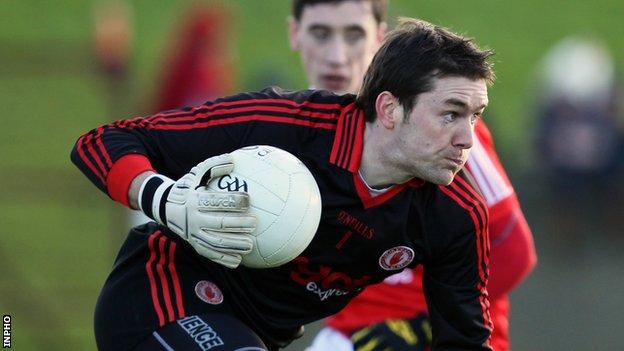 Tyrone boss Mickey Harte has heralded a new era for the county, confirming a major overhaul of his squad and the departure of 11 established players.

Only five members of the 2003 All-Ireland title-winning squad remain.

Cathal McCarron, who had reportedly also been let go by the treble All-Ireland winning manager, remains a member of the 39-man squad.

Niall Morgan of Edendork would appear to be a ready-made replacement for goalkeeper Devine, bringing a Stephen Cluxton-style asset with his ability to kick points from long range free kicks.

The leading scorer in Tyrone's Division One, Conor McAliskey of Clonoe, is another recruit, as is Coalisland midfielder Plunkett Kane. Harte may take another look at both players in Saturday's league final.

There were initial reports that Errigal Ciaran duo Tommy Canavan and Stephen Tierney had been included in Harte's provisional squad along with Clonoe's Stephen McNulty and Ardboe's Shea McGuigan.

However, the Tyrone county board later released a squad list which did not include the names of Canavan, Tierney, McNulty and McGuigan, who is a brother of Brian McGuigan.

The statement added that the panel is a "provisional squad list and is in no way the final list of names".