Rory McIlroy, golf's world number one, is BBC Northern Ireland's Sports Personality of the Year for 2012.

The Holywood star, who secured his second major championship win in 2012, picks up the BBC NI award for the second year in a row.

"It's always nice to get recognition especially, from back home," said the 23-year-old McIlroy.

He added: "My success has been a combination of winning tournaments throughout the year, and playing well in the big tournaments when I had to, plus winning my second major, the USPGA.

"It seems every year Northern Ireland or Ireland produce some great sporting moments, like Ulster getting to the Heineken Cup Final (or starting so well this season) or KatieTaylor in the boxing at the Olympics, and it's lovely for me to be rewarded for something I have achieved this year. 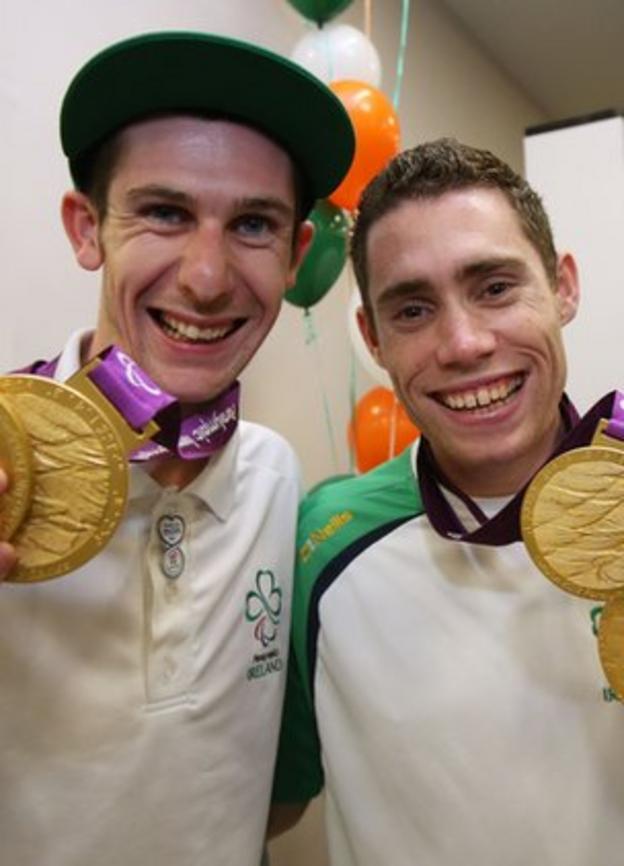 The judging panel of Shane Glynn, Editor Sport BBC NI; Steven Beacom, Belfast Telegraph Sports Editor and Thomas Hawkins, Irish News Sports Editor had the difficult task of selecting a winner from what was a golden year for local sport.

"It's certainly been an incredible year of sport, and our local stars played a huge part in making 2012 unforgettable.

"In Olympics and Paralympics year, the achievements of our local boxers, rowers and athletes gave the judges plenty to ponder.

"We just couldn't separate the record breaking Paralympics duo of Jason Smyth and Michael McKillop, who finished joint runners up to our winner Rory McIlroy.

"Rory has established himself as the best in a sport played in every corner of the globe. In 2012 he won his second major championship, the US PGA, and topped the US and European money lists.

"He's a very worthy winner of the BBC Northern Ireland Sports Personality of the Year for the second year running."

Rory is also one of the 12 contenders for this year's overall BBC Sports Personality of The Year 2012.