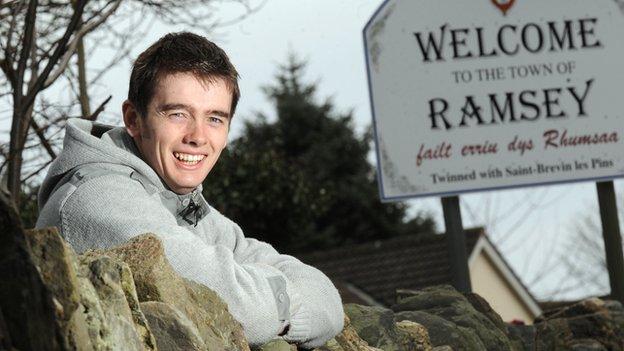 Isle of Man TT star Conor Cummins will race for the Milwaukee Yamaha team in 2013.

The Manx rider will compete alongside William Dunlop in Shaun Muir's team at all the international road races.

"This is a fantastic opportunity and I can't thank Shaun Muir enough for the chance to join a championship-winning outfit," said Cummins.

The Manx racer has recorded three podium finishes at the TT including a second place in the 2009 Senior race.

The following year a spectacular crash at the Verandah left him with a catalogue of serious injuries.

After fighting his way back to full fitness he says he is targeting wins in 2013.

"I feel that with the experience and equipment Milwaukee Yamaha have, I will be in a position to challenge for Superbike race wins not only at my home event, the TT, but in the other internationals as well," he said.

"In the past, I have been very close to it but I now I see a clear way forward and my sights are firmly set on the podium."

Cummins holds the lap record of 131.511mph for the Superbike Race at the TT, which is also the fastest 'standing start' lap in the event's history.