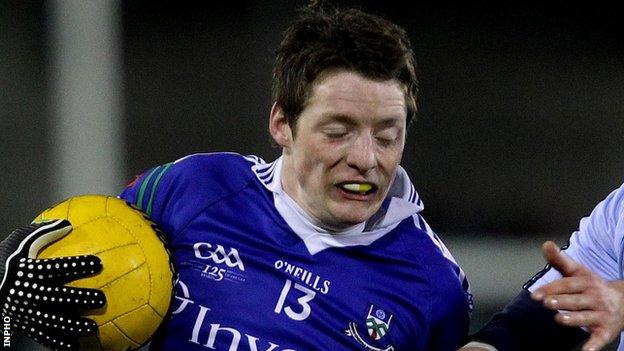 Monaghan earned a comfortable win over an under-strength St Mary's team in the McKenna Cup opener at Clones.

Two Conor McManus points helped Monaghan lead 0-3 to 0-1 and Padraig Donaghy's goal stretched the lead to 1-5 to 0-1 after 22 minutes.

Monaghan led by 10 points after 33 minutes but Niall Sludden's goal cut the margin to 1-9 to 1-2 at the break.

A Brendan Herron penalty reduced Monaghan's lead to four but the Farney men were never going to be caught.

However, Monaghan were dominating and points by Dick Clerkin and debutant Stephen Smith was then followed by a goal from another newcomer Padraig Donaghy.

Smith and Donaghy both impressed in the first half although there were withdrawn by O'Rourke in the second period.

Herron got St Mary's scoring again but points from Clerkin, McManus, Dermot Malone and Smith stretched Monaghan's lead to 10 before Sludden netted for St Mary's two minutes before the break.

St Mary's competed better in the second period although there was the inevitable suspicion that Monaghan's desire had slackened given their significant lead.

Points from McKinless (two) and Herron kept St Mary's within seven points of the home side and the margin was then reduced to four when Antrim dual player Herron slotted a penalty.

However, there was never any danger of the game slipping away from Monaghan.