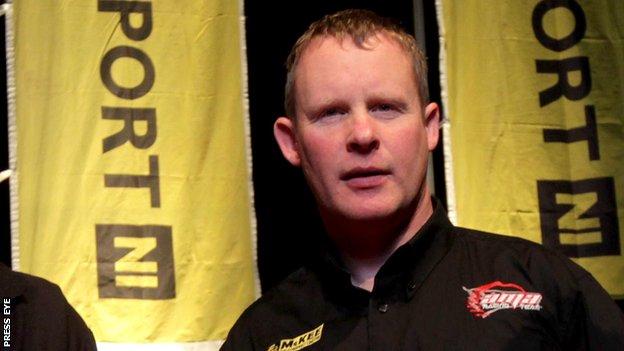 Three-time Isle of Man TT winner Adrian Archibald has acknowledged that his road racing career is "probably" over.

Speaking in the Newsletter, Archibald said that he had opted not to compete in 2013 after holding discussions with his sponsor.

"Sponsorship was going to be light enough this year and between the two of us we decided that would be it," said the Ballymoney man.

The 43-year-old has also clinched six career victories at the Ulster Grand Prix in addition to winning the production race at the 2003 North West 200.

"I'm happy enough with my career when I look back at it," added Archibald.

"The racing could be poor enough this year. I think you could see a lot of riders missing right the way down the grid.

"I won races everywhere so there's not much I can complain about."