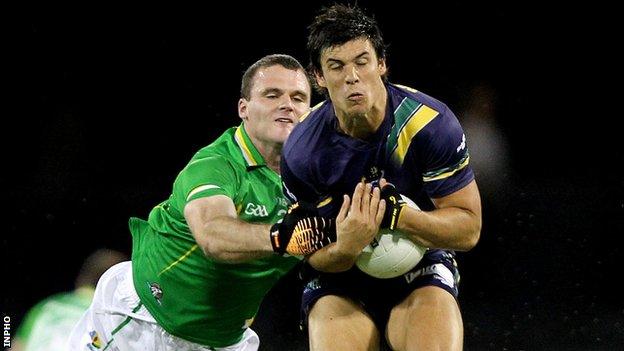 An International Rules Test is likely to be played at an Ulster venue for the first time later this year.

Celtic Park in Derry is emerging as the likely venue for the First Test between Ireland and Australia.

Derry county board are understood to have put in a bid to host the game which is scheduled for 19 October.

2013 promises to be a big year for Derry GAA with the the sport's Annual Congress taking place in the Maiden City from 22-24 March.

Derry have also bid to host this year's International Shinty match against Scotland.

The Second Test in the International Rules series will take place on 26 October with Croke Park the likely venue.

Ireland currently hold the Cormac McAnallen Trophy after winning the series in Australia in 2011.