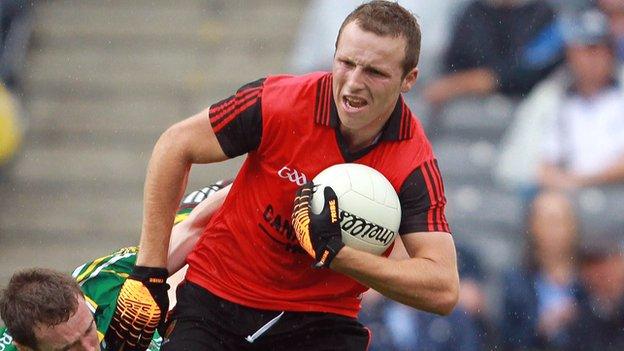 Down are likely to be without Ambrose Rogers, Danny Hughes and Dan Gordon for the majority of this year's Football League campaign.

Last year's captain Rogers (knee) and Hughes (back) both recently underwent surgery while Gordon sustained a broken foot before Christmas.

Manager James McCartan has indicated that all three are likely to be out of action until late March.

Down will begin their Division 1 campaign against Tyrone on 2 February.

The Mournemen will be away to All-Ireland champions Donegal on 9 February before home games against Cork on 3 March and 9 March.

Away contests against Kerry and Dublin follow on 16 March and 23 March before the concluding round robin game at home to Kildare on 7 April.