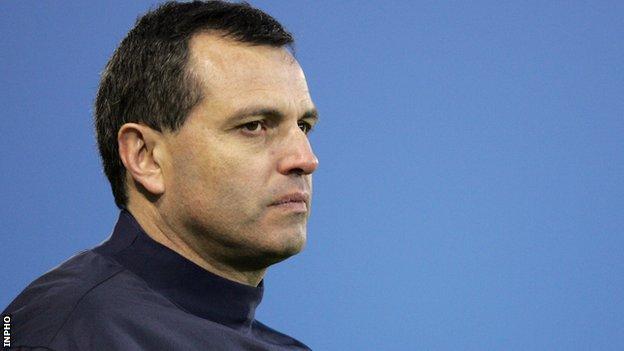 Earley, who succeeds Anthony Tohill in the role, also played Aussie Rules for two years and was in the Irish team for the 1987 Rules series.

Celtic Park in Derry is emerging as the likely location for the first Test in the 2013 series on 19 October.

Derry county board is understood to have put in a bid to host the game while the second Test on 26 October will be played at Croke Park.

Earley moved to Australia in 1983 and played for Melbourne in the Victorian Football League.

The Michael Glavey's clubman is an experienced Level II coach and current member of the GAA's Football Review Committee.

"I am delighted that someone of the standing and calibre of Paul Earley will lead the Irish challenge in the next series against Australia here in Ireland," said GAA president Liam O'Neill.

"Not only is Paul hugely enthusiastic about the initiative and the opportunity that it affords Gaelic footballers, he has first hand experience of both the International Rules game and Aussie Rules itself."

Earley's backroom team has yet to be confirmed.