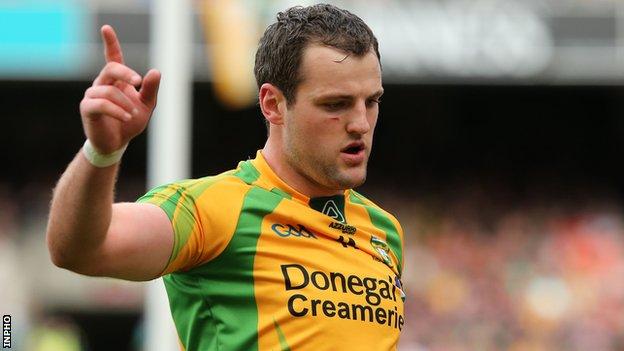 Donegal's Michael Murphy hit nine points as DCU strolled to a 0-17 to 0-9 win over Queen's in the Sigerson Cup first-round clash on Wednesday.

Queen's exit leaves St Mary's University College as the only Ulster team left in the competition.

The Belfast university were restricted to only one point in the closing 23 minutes at Glasnevin.

Five of Murphy's nine points came from play as the Donegal captain produced a brilliant display.

Derry's James Kielt equalised for Queens a minute after the restart, and the sides were again level in the 37th minute following Kielt's fifth point.

However, DCU took control with Queen's not scoring again until the 59th minute as the Glasnevin side built up a 0-16 to 0-8 lead with Murphy, Monaghan's Jack McCarron and Chris McGuinness among those on target.

DCU's win sets up a quarter-final meeting with UCD.

The Cork team will face St Mary's in the quarter-finals after the Belfast side defeated IT Tralee 1-15 to 0-9.

The quarter-finals are scheduled for 13/14 February with the finals weekend taking place in Athlone on 22/23 February.