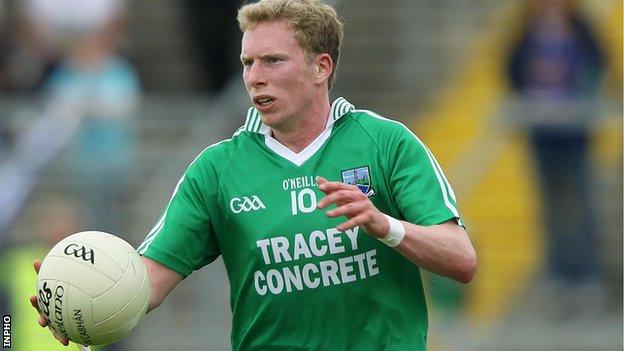 Fermanagh made it two wins from two Division Three games as they eased to a Brewster Park win over Roscommon.

Daryl Keenan netted while Sean Quigley fired over four frees to help the hosts to a 1-5 to 0-3 lead at the break.

Paul Ward scored Fermanagh's second goal but Donie Smith hit the net to give Roscommon hope of the comeback.

Six unanswered points sealed victory for Fermanagh although Ryan Jones was sent off before Mick Finneran fired in a late Roscommon goal.

The impressive Shane McCabe played Keenan in for the opening goal on 15 minutes while Quigley's accuracy from frees ensured a five-point advantage at half-time.

Ward's shot crept in early in the second half and Smith's goal merely revitalised Fermanagh with Keenan, Quigley and McCabe among the scorers in their six-point burst.

Jones was dismissed for two yellows with seven minutes left and the win was secured before Finneran's late strike.

"It was a good display and the boys were very committed but we are not getting carried away after two wins," said Fermanagh manager Peter Canavan.

"We only have three home games in the league this year so it is imperative that we win them.

"We scored some great points in the game and I'm pleased plenty of players were on the scoresheet."