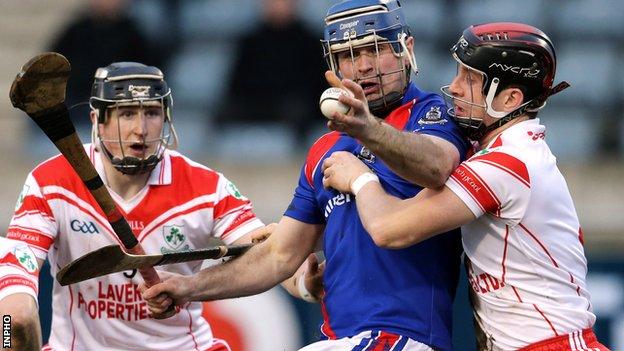 The defending All-Ireland club champions netted a last gasp free to draw 1-25 to 3-19 with St Thomas of Galway at the Dublin venue on Saturday.

The Antrim kingpins had hoped the replay would be played at a different venue due to concerns over the pitch.

Armagh's rescheduled league tie against Wexford will be played on Saturday February 23 (19:00).

The Allianz football league division two game was postponed last Sunday because of a waterlogged pitch at the Athletic Grounds.

The Armagh venue was not available to host a rescheduled game this weekend, as the inter-provincial double-header between Ulster and Munster takes place there on Sunday.

The Ulster hurling team take on Munster (12:30) followed by inter-provincial football champions Ulster against Munster at 14:15.

Meanwhile, Crossmaglen captain David McKenna has been named as the AIB provincial player of the year in Ulster.

Crossmaglen continue their quest for a three-in-a-row of All-Ireland senior club football titles on Saturday against Connacht champions St Brigid's in the All-Ireland semi-final in Mullingar (14:00).