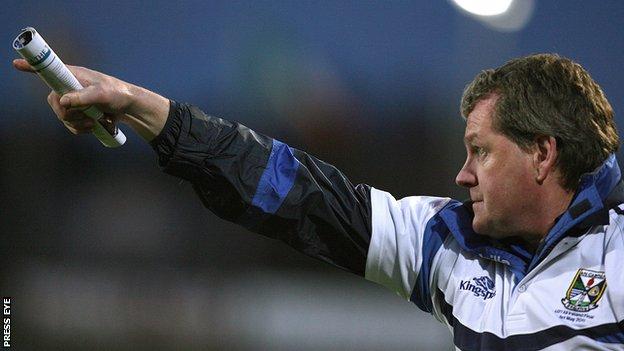 The visitors hit five early wides but David Givney opened Cavan's account and they moved into a 0-5 to 0-0 lead.

Newman's goal after the break helped Meath cut Cavan's lead to four but the Breffnimen reasserted themselves to win comfortably at Pairc Tailteann.

The impressive Gearoid McKiernan and Cian Mackey were among Cavan's first-half scores as Meath were totally outplayed.

Nine points down at the break, it could only get better for the home side and it did briefly and Newman diverted to the net immediately after the restart following a long ball by Graham Reilly.

Despite Newman being Meath's only scorer to that stage, the Royals cut Cavan's lead to four (0-11 to 1-4) but points from Martin Reilly and Jack Brady eased any Breffni concerns as they regained control in the closing stages.