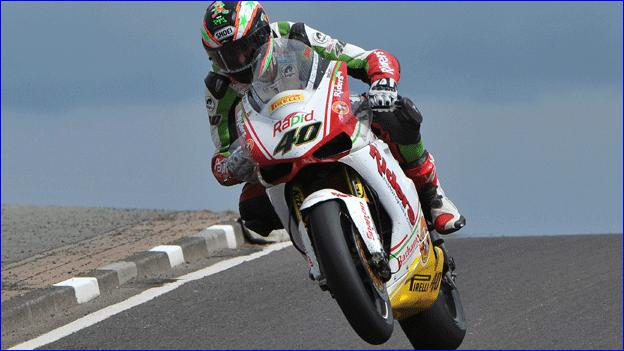 Martin Jessopp will hope to score his first North West 200 win when he rides at this year's event in May.

The Yeovil rider switches from Ducati to BMW machinery and will compete in the Superbike and Superstock classes.

The 27-year-old, who will contest the British Superbike series for Riders Motorcycles this season, is also on the lookout for a Supersport 600cc machine.

Jessopp set a record speed of 208mph on the approach to University Corner in practice for last year's races.

He was forced to pull out of the first Superbike race after his Ducati destroyed his rear tyre and suffered a broken collarbone after colliding with Gary Johnson at Mather's Chicane in the second 'big bike' race of the day.

Jessopp took part in the World Supersport championship last season and finished second behind Michael Rutter in the Macau Grand Prix in November.

He first made an impact at the North West when he was second fastest on the practice leaderboard as Rutter's Ducati team-mate in 2011.

Johnson will run his own Honda machinery in the Superbike and Superstock classes, with support from personal sponsors.