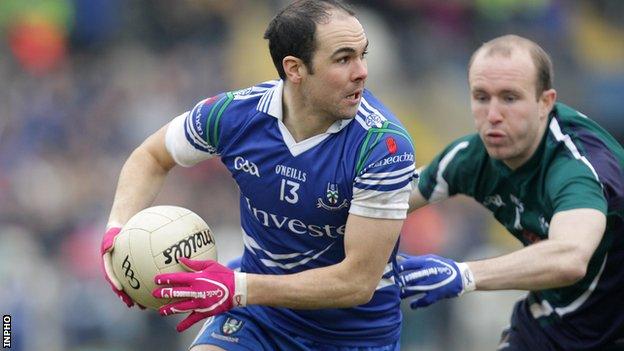 Monaghan replaced Fermanagh at the Division Three summit after edging this derby encounter at Brewster Park.

The hosts scored the opening four points before Monaghan took control and the visitors rattled over eight of the next nine points.

Monaghan led 0-9 to 0-6 at half-time and the gap was just one just after the restart thanks to two Paul Ward frees.

Shane McCabe, Ward (2) and Thomas Corrigan gave Fermanagh the perfect start but it only sparked a fierce Monaghan response.

Conor McManus and Eoin Duffy each scored three points while Paul Finlay added two as the Farney side held a three-point advantage at the break.

Ward's double early in the second half gave Fermanagh hope and they were given further encouragement when Hughes was denied from the penalty spot after a foul on McManus.

The match remained close before points from Duffy and McManus steered Monaghan to their first away league victory in four years.