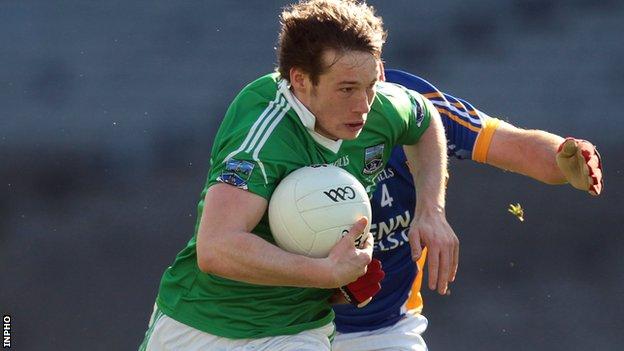 Fermanagh replaced derby rivals Monaghan at the top of Division Three after a 0-15 to 0-9 win over Sligo.

Sligo forward Adrian Marren starred in a tight first half, firing over five points to help the Yeats county into a 0-6 to 0-5 lead at the break.

Fermanagh won the game early in the second half with Tomas Corrigan hitting three of seven points without reply.

Fermanagh lead Monaghan by a point with just one round of games remaining while third-placed Cavan also have a chance of promotion.

Declan McCusker and Corrigan each scored two points for the Ernemen in the opening 35 minutes with Paul Ward also on the scoresheet at Brewster Park.

A close game became a one-sided affair in the second half thanks to Fermanagh's seven-point blast.

"We were slow to settle in the first half although we were playing into a stiff breeze," said Fermanagh boss Peter Canavan.

"But we grew stronger as the game went on and put in a very competent second-half performance.

"We're delighted with the position we are in and without doubt there has been an improvement in the team from a year ago.

"We were missing key players so this result is a ringing endorsement of what this team has achieved."

Monaghan led Roscommon 0-5 to 0-2 at half-time in Dr Hyde Park and were three points clear midway through the second half.

But the hosts hit four unanswered points to snatch a one-point victory and Kiernan Hughes, Monaghan's top scorer with two points, was sent-off in stoppage time for two yellow cards.