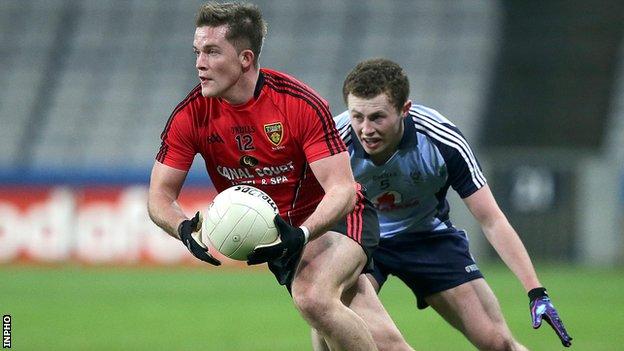 Down will be without Paul McComiskey for a year after the key forward decided to travel abroad.

It is a major blow for the Mourne men, who have one game left in their battle against league relegation, ahead of the Ulster Championship campaign.

Darren O'Hagan and Arthur McConville are also likely to miss the Championship with the pair going to America in search of work.

Down boss James McCartan said it was doubtful the pair will be available.

McComiskey played his last game for the Mourne men in last weekend's defeat at Croke Park.

"Any man that decides to travel the world for a year, you can't really hold it against him," McCartan told the Irish News.

"It is the right time in life - we were delighted with the way he was going (in the NFL) and we are disappointed to lose him."

McCartan's team lies botton in Division One as they prepare to face Kildare in the their final NFL encounter on 7 April.

Down start the Ulster SFC against Derry at Celtic Park on 2 June.