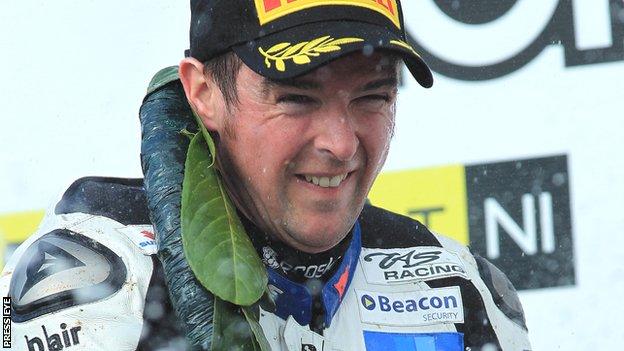 Alastair Seeley retains his lead in the British Supersport championship after securing second and third places in the latest round of races at Thruxton.

The Gearlink Kawasaki rider was runner-up behind Stuart Easton in race one and came home behind Easton and Ben Wilson in the red-flagged second race.

Seeley has 77 points, with Easton just two behind the Carrickfergus racer.

Clogher man Keith Farmer crashed in the first Superbike race and was sixth in the next to lie seventh in the series.

Farmer was lying fourth when he slid out of the opening event, run in damp conditions, on lap eight of 20.

Shane Byrne won both Superbike races and heads the standings on 91 points, 15 ahead of Honda man Alex Lowes, who had a second and a third at the fast Hampshire circuit.

Glenn Irwin was 10th and eighth in Supersports, William Dunlop had 16th and 19th places and John Simpson a 20th and 22nd.

Nikki Coates was 13th in race one but crashed out of race two and was taken to hospital with a shoulder injury.

The next round will be staged at Oulton Park on Monday, 6 May.