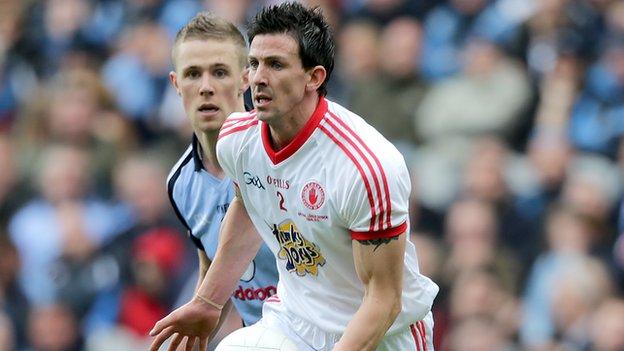 Tyrone defender PJ Quinn has left the squad - just two weeks before the Red Hands are due to play in the All-Ireland qualifiers.

Quinn, who started at corner back against All-Ireland champions Donegal last month, cited work commitments for his decision to opt out.

Manager Mickey Harte said he hoped Quinn might return at some stage.

The draw for the first round of the qualifiers is on Monday, with the games to be played on 29 June.

Quinn was part of Tyrone's Minor team which won All-Ireland honours in 2004 and made his senior debut four years later.

He missed most of last year because of an ankle injury, making his comeback in the Football League semi-final win over Kildare on 14 April.