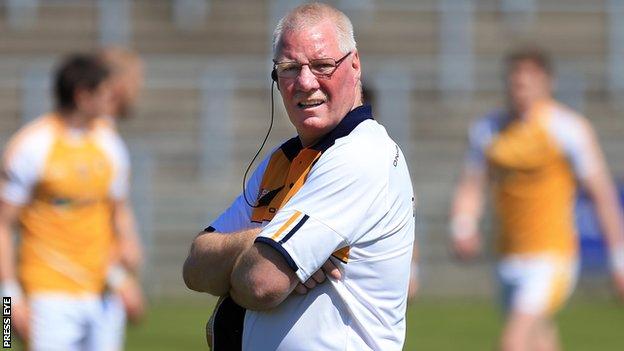 Frank Dawson's side improved from their poor Ulster display against Monaghan but Louth always held the edge.

Louth extended their lead to seven before a Michael Pollock goal for Antrim but the home side held on.

Pollock's goal cut the margin to 1-11 to 1-7 and while Antrim did draw to within two points of the home side, Louth reasserted themselves in the closing stages to take a deserved victory, despite the late dismissal of keeper Neil Gallagher for apparent dissent.

The Saffrons could take very few positives from their 0-6 to 0-11 defeat by Monaghan in the Ulster SFC.

In contrast, Louth earned an impressive opening 10-point win over Laois before losing by a point against Wexford.