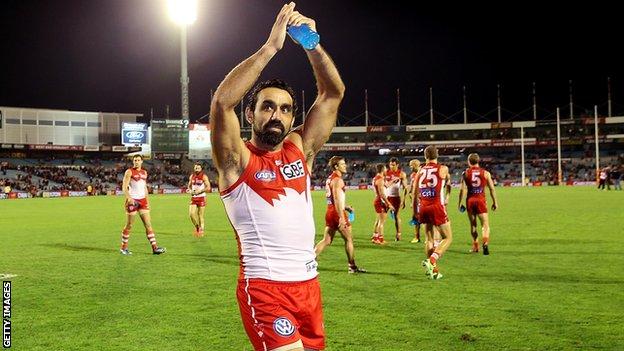 The AFL have confirmed that the team which travels to Ireland for the International Rules series will be made up solely of indigenous players.

The team, which will be known as The Indigenous All Stars, will represent Australia in the two-test series in Cavan and Croke Park in October.

The GAA have yet to give their response to the surprise move.

Interest in the hybrid game has waned considerably in Australia and many of the AFL's top stars did not make themselves available when the series was last played in 2011, when Ireland won the series 2-0 Down Under.

AFL Deputy CEO Gillon McLachlan said the AFL had explored the concept of the All Stars representing Australia after senior indigenous players in the AFL sought greater opportunities for the All Stars to come together as a team.

"The idea to bring the All Stars together came about following a discussion between senior current indigenous members of the AFL playing group and the AFL executive, following the All Stars camp and match earlier this year," he said.

"To the best of our knowledge, the All Stars representing the AFL in International Rules against Ireland will be the first all-indigenous team to represent a national sporting code at senior level overseas since the first cricket team toured England in 1868, more than 150 years ago.

"It is our belief the All Stars coming together, with the commitment made by senior indigenous players across the competition, will reinvigorate matches between Australia and Ireland provide us with a great opportunity to regain the Cormac McAnallen Trophy."

Adam Goodes, a two-time Brownlow medallist and a star of previous International Rules series, will be the most high-profile travelling player.

The tests against Paul Earley's Ireland team take place on Saturday 19 October in Breffini Park, Cavan with the second game at Croke Park on Saturday 26 October.