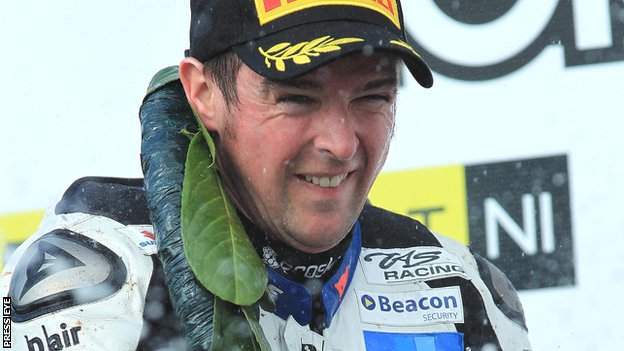 Alastair Seeley enjoys a 40-point lead at the top of the British Supersport series after winning both races at the Snetterton circuit over the weekend.

The Gearlink Kawasaki rider came home ahead of Luke Mossey and Ben Wilson in Saturday's sprint race and finished in front of team-mate Wilson in race two.

Glenn Irwin was seventh and ninth and is now sixth in the overall standings.

Seeley began the weekend second in the championship but victory in the 10-lap opener saw him move back to the summit.

The Carrickfergus rider took a comfortable win in the second event and now has 205 points, followed by Easton on 165 and Wilson on 160. Irwin has 69.

"It's nice to come to a circuit you know you are going to be strong at," commented Seeley after his win double.

"We had a test at the track last week and that was very beneficial.

"Ben and I banged elbows at the start, but once I passed him I was able to control the race, build up a gap and then roll it off a bit at the end."

Castlerock man Marty Nutt took a win and a second place in the Ducati 848 Challenge and now lies second in his series, 28 points adrift of Jonathan Railton.

Fermanagh's Lee Johnston failed to finish the Superstock 1000cc class after qualifying eighth and challenging for a top six position early on in the race.

Clogher's British Superbike rider Keith Farmer was forced to sit out Sunday's action after suffering a leg injury in a crash on Saturday, which is understood to have caused a blood clot on the back of his calf.

The Kawasaki rider is 10th in the championship on 50 points.

The next round of the series takes place at Brands Hatch on 21 July.