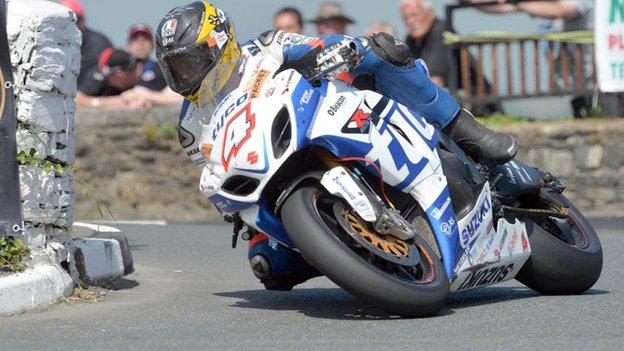 Guy Martin took victory in Thursday's Solo Championship race at the Southern 100 meeting in the Isle of Man.

Martin's win was overshadowed by the death of Isle of Man rider Mark Madsen-Mygdal in the earlier 600cc race at the Billown circuit.

Lincolnshire man Martin set a new overall lap record of 114.245 mph as he finished half a second ahead of Michael Dunlop with Dean Harrison in third.

Martin had finished second and third in previous races this week behind Dunlop.

Tyco Suzuki rider Martin shadowed Dunlop and Harrison for the opening five laps of Thursday's race before edging ahead to take his second career win in the Solo Championship race.