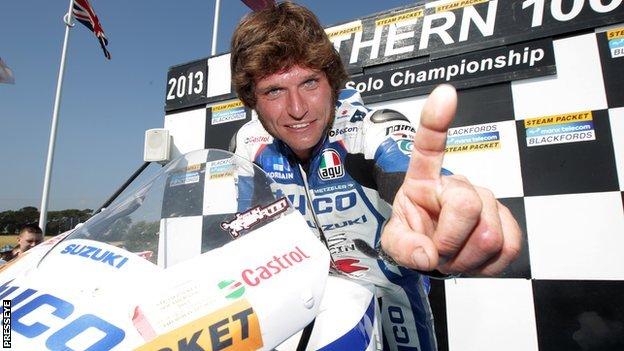 Guy Martin is to return to compete at the Armoy road races for a third consecutive year with the Moneymore-based Tyco Suzuki team.

The 31-year-old Lincolnshire rider will take part in the Open event and the feature race of the meeting, the 'Race of Legends' on 27 July.

Dunlop faces a clash between the County Antrim road race and a round of the World Endurance Championship at Suzuka, where he may be part of the Honda TT Legends outfit.

William Dunlop will be aboard his Milwaukee Yamaha machinery and could be joined by his team-mate Conor Cummins, who raced at Armoy for the TAS Suzuki outfit in 2012.

Among the other leading competitors at Armoy will be Dubliner Derek Sheils, KMR Kawasaki star Jamie Hamilton and Lisburn's Michael Pearson.