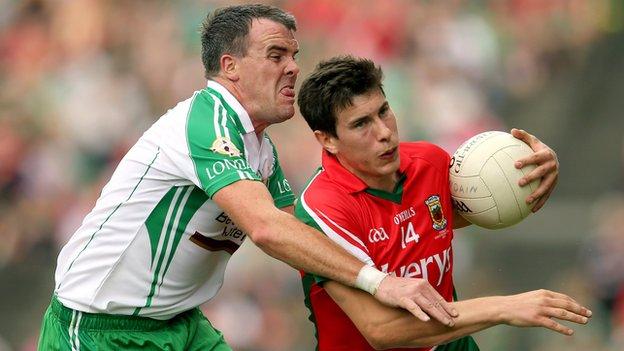 As expected, Mayo secured a comfortable victory over London in the Connacht SFC final to clinch their place in next month's All-Ireland quarter-finals.

Darren Coen finished a sweeping move on 23 minutes but London responded with three Lorcan Mulvey frees to trim the half-time deficit to 2-6 to 0-3.

Substitute Cillian O'Connor notched a hat-trick, including a penalty.

O'Connor struck goals on 41 and 48 minutes, plus the penalty on 56 minutes, as Mayo's greater class told.

For Mayo, it was a third consecutive provincial title success as they aim to emulate their progress to last year's All-Ireland final.

London will face Cavan in the fourth round of the qualifiers next Saturday.