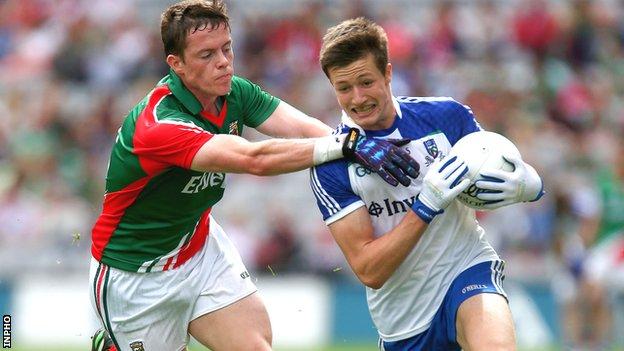 Mongahan have missed out on a place in the All-Ireland minor decider after this defeat by Mayo in Sunday's semi-final at Croke Park.

Mayo surged into an early four-point lead but Conor McCarthy equalised when he hit the net on 14 minutes.

However, Conor Loftus scored a goal seconds later and Mayo held a 1-10 to 1-6 advantage at half-time.

Michael Plunett and Tommy Conroy added second-half goals for Mayo as the Connacht side cruised to victory.