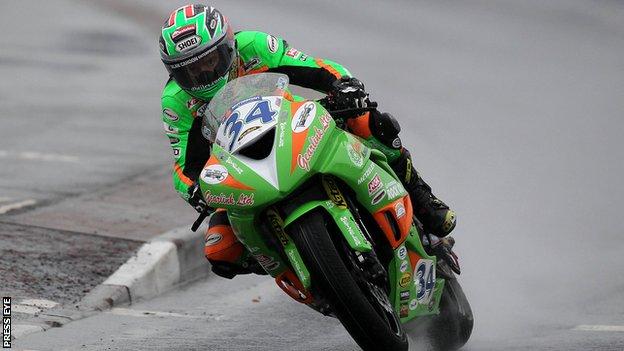 Alastair Seeley saw his lead at the top of the British Supersport championship reduced to 22 points after suffering a disappointing weekend at Cadwell Park.

The Carrickfergus rider crashed out of the first race while contending for the lead with Gearlink Kawasaki team-mate Ben Wilson, who went on to win.

Seeley could only manage eighth place in race two and now has 303 points, with Scot Stuart Easton second on 281.

Keith Farmer was ninth in Superbike race one and failed to finish race two.

The Kawasaki rider from Clogher now lies 11th in the championship on 93 points, with Shane Byrne heading the standings.

Fermanagh racer Lee Johnston finished fourth in the Superstock 1000 race, which was red-flagged and the result taken after 10 laps.

Billy McConnell won the second Supersport event, with Wilson forced to settle for the runner-up position.

Lowes made it a double by triumphing in the second race, with Brookes crashing out on his final circuit while leading.

Seeley has won six races so far this season and is aiming to win the Supersport championship for the second time in his career.