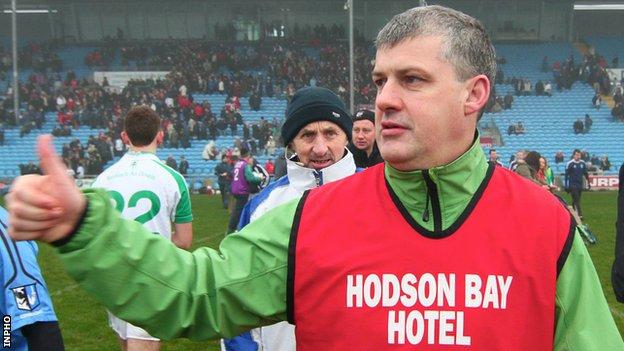 All-Ireland club winning manager Kevin McStay is among the names being linked with the vacant Fermanagh senior football post.

McStay guided Roscommon club St Brigid's to last season's All-Ireland Club title but has since stepped down from that position.

There is speculation that Fermanagh officials may make an approach to the Mayo man about the role.

After quitting the St Brigid's position after their St Patrick's Day triumph last March, McStay said that he would not take on any further club jobs.

But he did acknowledge the possibility that he could be enticed into an inter-county managerial position at some stage.

"I have no idea (about any future county involvement). For now I'm taking a long break," he said in April.

Inevitably, former Fermanagh great Peter McGinnity is also being linked as a possible successor to Peter Canavan, who stepped down last week.

However, McGinnity's club commitments with his native Roslea could make it difficult for him to accept the Fermanagh job.

McGinnity has guided Roslea to this year's Fermanagh County final where they will face Belcoo.