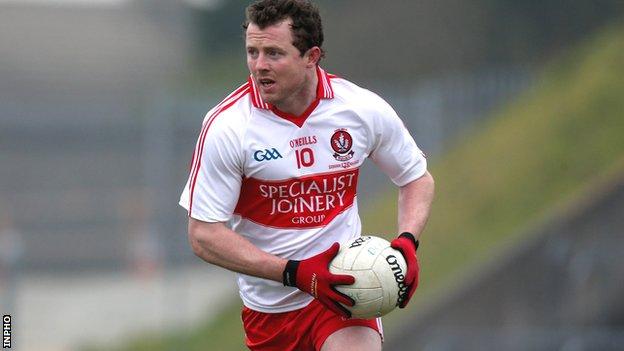 McGoldrick is the fourth Derry player to be hit by a cruciate injury this year after Daniel Haveron, Raymond Wilkinson and PJ McCloskey

"I'm meeting with the consultant this week and taking it from there," McGoldrick told the Irish News.

He added: "Obviously, when you are an injured player in the county, you are not much use to anyone.

"However, a big effort is made to get us back fit again. That is my goal from here on in."

The 28-year-old failed to make a championship appearance this year after a series of injuries.

"It's unfortunate for Barry to suffer such a serious injury, especially after battling through a hamstring problem to get back to fitness," said Derry manager Brian McIver.

"That's our fourth cruciate injury this year - we'll certainly be hoping for better luck next season."