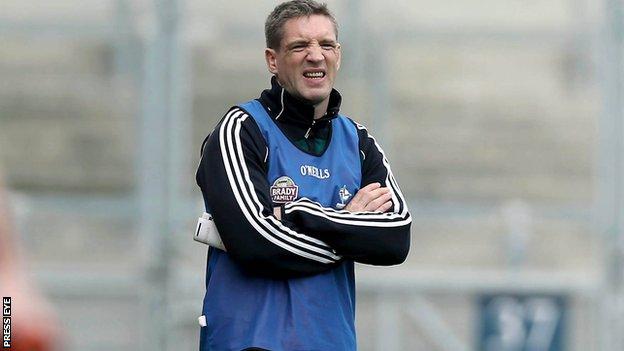 McGeeney had been linked with a return to his native county, whom he led to the All-Ireland in 2002, following his ousting as Kildare manager last month.

The three-time All Star will work alongside manager Paul Grimley in 2014.

Grimley will also be joined by Peter McDonnell and Martin McQuillan while Julie Davis will be the strength and conditioning coach.

Grimley worked as McGeeney's assistant manager in Kildare for two seasons, and previously stated he would be interested in working with the Mullaghbawn native again.

The 41-year-old's appointment comes a week after Armagh officials said they were unaware of him joining the Orchard backroom team.

McGeeney's addition to the backroom team suggests the the Armagh county board see the former Kildare boss as Grimley's successor.

The former Armagh skipper won six Ulster titles during his 15-year playing career and captained the Ireland International Rules side.