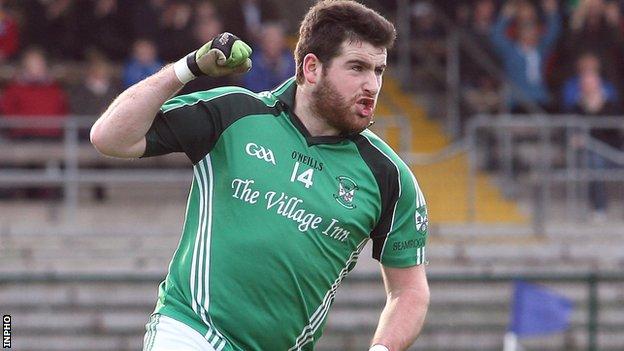 Roslea have suffered a huge blow after Seamus and Sean Quigley were suspended for next month's Ulster club quarter-final against Ballinagh.

The brothers were both shown straight red cards 10 minutes from the end of the Fermanagh league semi-final against Devenish on Sunday.

It means the forwards are automatically banned, barring an appeal, for the 3 November game at Brewster Park.

The pair starred in Roslea's win over Belcoo in the Fermanagh decider.

Sean, who was named man-of-the-match, scored a first-half goal while the brothers accounted for all seven of their second-half points in the 1-12 to 1-9 success.

Referee Martin Higgins brandished the red cards as Roslea suffered a seven-point defeat by Devenish, who will now meet Ederney in the final.

Ballinagh won the Cavan championship on Sunday by beating Cavan Gaels 0-12 to 0-11 at Breffni Park.