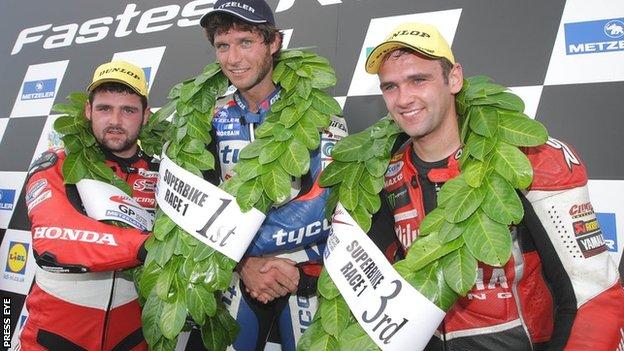 Ulster Grand Prix organisers have confirmed that next year's meeting at Dundrod will be held on 11-16 August.

The action starts with a a practice session on Wednesday 13 August with the Dundrod 150 national road races the following day.

The main event, the international Ulster Grand Prix, will be staged on Saturday 16 August.

Guy Martin was the star of this year's Ulster GP, with the Englishman clinching three victories.

Martin won both Superbike races and also took a Supersport victory to bring his Dundrod career haul up to 11.

There were also wins for Ivan Lintin and Ian Lougher.