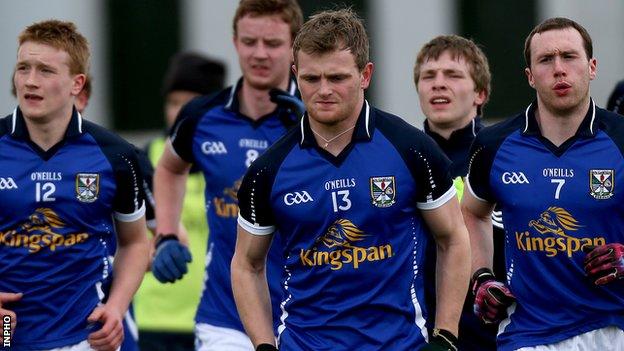 Harte's Division One outfit will be favourites for the Athletic Grounds showdown, but Terry Hyland's Cavan are also unbeaten this year.

"Cavan an emerging team, with three Ulster Under-21 titles behind them in recent years," said Harte.

"They did well in last year's qualifiers and have declared they want to win trophies."

The McKenna final should have been played in January but was postponed because of a waterlogged pitch at Brewster Park.

The venue has been changed to Armagh, and Tyrone fans will go there expecting to see their side make it three McKenna triumphs in a row.

The Red Hands will be without UUJ quartet Matthew Donnelly, Ronan O'Neill, Connor McAliskey and Barry Tierney because of Friday's Sigerson Cup semi-final against UCD.

In addition, in-form attacker Darren McCurry is also a fitness doubt as he has been laid low by flu.

Harte didn't release his university players to their colleges for last month's McKenna Cup games but with the final stages of Sigerson imminent, he is adopting a difference stance for Wednesday's decider.

Tyrone reached the final after defeating fellow Division One side Derry in the semi-finals 2-13 to 1-13, while Cavan saw off Monaghan by 0-16 to 1-9.

The Breffni men will be hoping that they can repeat the success of their Ulster Under-21 final win in 2011, when they beat a Tyrone side that consisted of many of the same players who are playing in Wednesday's final.