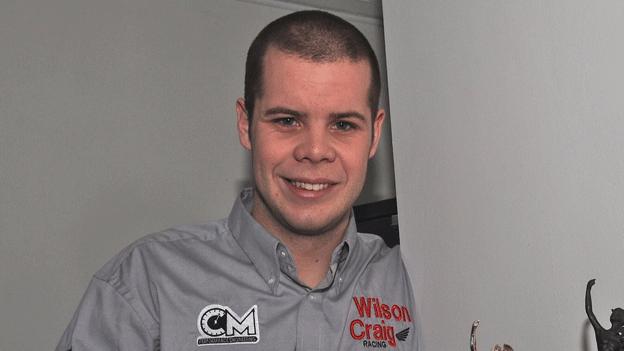 Jamie Hamilton is to ride Honda bikes for Wilson Craig Racing in the Superbike, Superstock and Supersport classes during the 2014 racing season.

The 23-year-old will take part in five Isle of Man TT races on the Londonderry businessman's machinery, and is also set to compete at the North West 200, Ulster Grand Prix and Irish nationals.

Hamilton had confirmed that he will race a Stewart-Smith owned Supertwin.

He is a former British Superstock 600cc champion and was awarded the Best Newcomer prize at the 2012 TT.

Hamilton has also proved his road racing credentials at the North West 200 and Ulster Grand Prix, securing podiums at both.

He won the Irish National Road Race Supersport and Supertwin Championships, dominating both classes by winning all the races he competed in.

He has also enjoyed considerable success at the Southern 100 and Oliver's Mount, Scarborough.

"For me it is a dream come true to ride for Wilson Craig Racing," said Hamilton.

"When I was a kid starting racing I would look at teams like Wilson Craig's and think that I would love to be a part of that that set-up and can now proudly say that I am.

"I have on my helmet a logo DBA - dream it, believe it and achieve it, and so far it seems to be working for me."