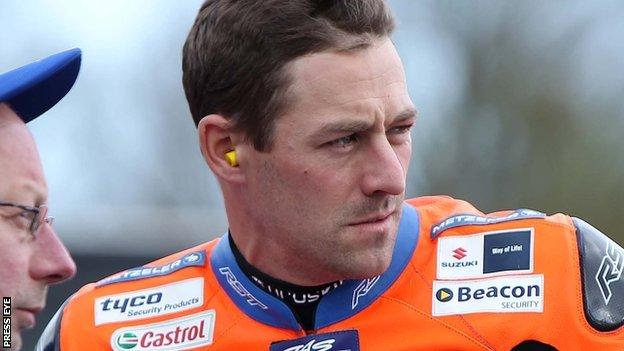 Australian Josh Brookes is to compete in the Supersport races for the first time at this year's North West 200.

Brookes had already confirmed his participation in the Superbike events, but will now ride a World Supersport specification R6 Yamaha in May.

As a former World Supersport race winner, Brookes could challenge for podium honours in the 600cc class.

"In recent years I have been associated with the Superbike class but I've a lot of history in Supersports, having won a couple of Australian titles and two races in World Supersport," said Brookes.

"I've never ridden the R6 before but my Yamaha team boss Shaun Muir has a decent schedule planned for the North West.

"The Supersport class always produces really close racing and hopefully I'll be one of the riders in the mix at the front."

"Originally I hadn't planned on running Josh on anything other than a Superbike, but having sat and thought about it and dug a bit deeper, the more track time he gets, the better," said team boss Shaun Muir.

"So we have decided to build him an R6 for the Supersport races, which will help him with his track knowledge for the Superbike races at the North West," the Milwaukee Yamaha team owner explained.