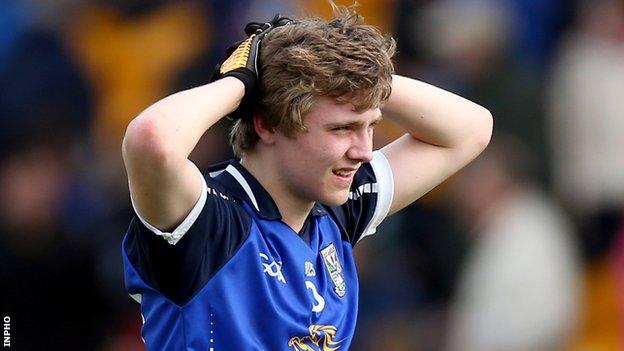 Cavan opened their bid for a fourth straight Ulster Under-21 Football title with an impressive dismissal of Derry at Celtic Park.

Goals proved the key with Joe Dillon's immediate three-pointer and Enda Flanagan's 34th-minute strike putting Cavan 2-5 to 0-5 ahead at the break.

The six-point lead was maintained to the 53rd minute when Paul Graham's goal extended Cavan's lead to nine.

Dillon's early Cavan goal was followed by an injury to Derry player Declan Brown which led to a seven-minute delay in play.

Two Michael Argue points extended Cavan's lead to five again before a couple of Anthony O'Neill scores left a kick of the ball between the teams again.

But Cavan were back in firm control again when Flanagan struck their second goal a minute before the break.

After leading 2-5 to 0-5 at the interval, Cavan's lead was reduced to five thanks to two more Kearney points but the game was ended as a contest in the 53rd minute after Graham netted following good work by Kevin Bouchier.

The victory earns Cavan a tussle with Tyrone at Breffni Park next Wednesday.