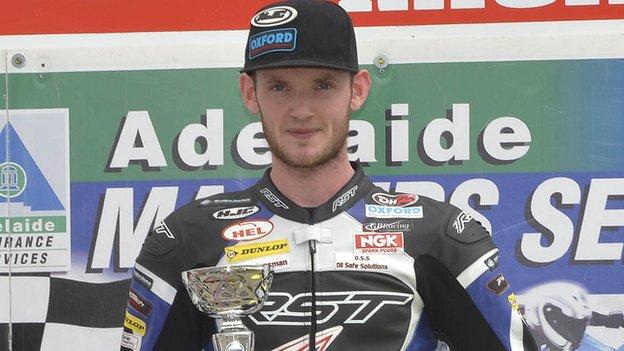 David Haire won the Enkalon Trophy for the first time and he did it in style by winning both legs of the event at Bishopscourt on Saturday.

The same three riders finished in the same order in race two.

Haire also won the opening 600cc race of the meeting to make it a hat-trick of victories.

Phillips took the flag in the second Supersport 600 event, with Amor improving to second and Haire having to settle for third on that occasion.