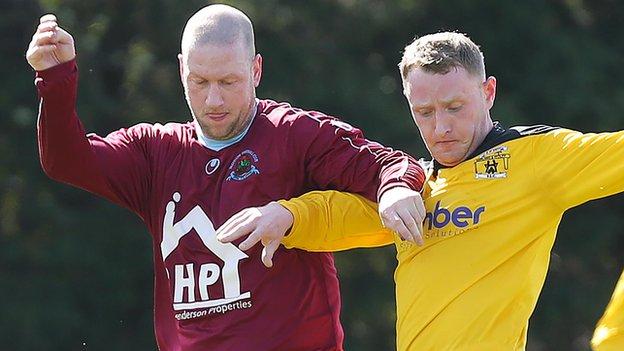 The north-west side are second in the Championship while third-placed Carrick are now out of promotion contention.

Institute are a point behind Bangor, who have turned down the chance of going up to the top-flight.

If Institute finish top after the final games on Saturday they will be promoted while a second place finish will secure a play-off with Ards.

Institute will host Limavady United on Saturday while the Seasiders, who beat Lisburn Distillery 6-2 on Tuesday night, play H&W Welders at Clandeboye Park.