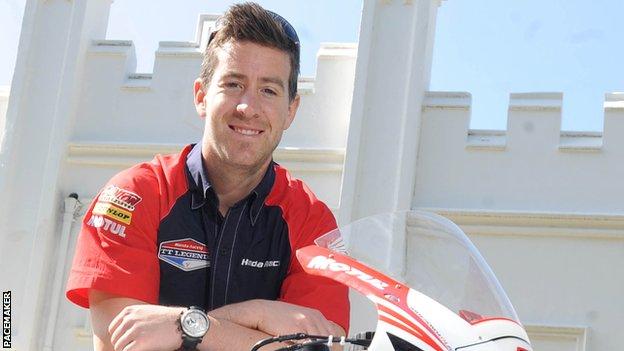 A high-profile rider remains in a critical condition after a crash at Saturday's North West 200 motorcycling road races in Northern Ireland.

Englishman Simon Andrews was taken by helicopter to the Royal Victoria Hospital in Belfast after the accident in the Superstock race.

Andrews, 29, is from Evesham in Worcestershire and rides for the Penz13.com BMW team.

His family are at his bedside in the Belfast hospital.

Saturday's accident happened at the Metropole section of the 8.9-mile North West circuit.

It was the second serious crash at this year's NW200 meeting.

On Tuesday, Franck Petricola crashed during a practice session.

The 31-year-old Frenchman is being treated at the Royal Victoria Hospital and his condition was described as critical.