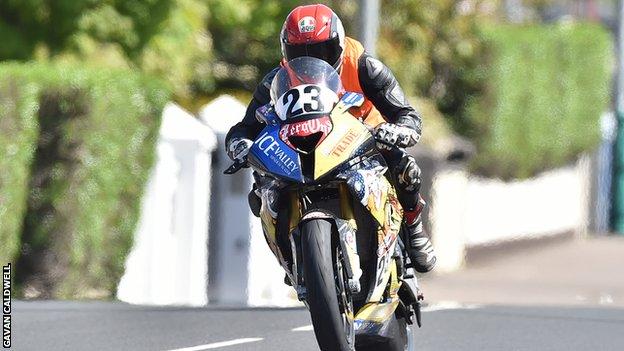 North West 200 rider Franck Petricola has been flown home to France to continue his recovery following his crash at the motorcycling meeting.

Petricola, 31, has been in a critical condition at Belfast's Royal Victoria Hospital since the crash in practice.

A North West 200 statement on Tuesday said the Frenchman is expected to make a "full recovery" from his injuries.

Another competitor Simon Andrews died on Monday following his crash during Saturday's race day at the meeting.

Andrews, who was from Evesham in Worcestershire, was taken to the Royal Victoria Hospital in Belfast by helicopter after the accident in the Superstock race.

Petricola, competing in the event for the first time, crashed close to the start/finish area just four minutes before the Superstock practice session was due to end.

No other bikes were involved.

Tuesday's North West 200 update on Petricola's condition said that the rider had been "brought gradually out of sedation" in recent days and had "responded well to the medical team" at the Royal Victoria Hospital.