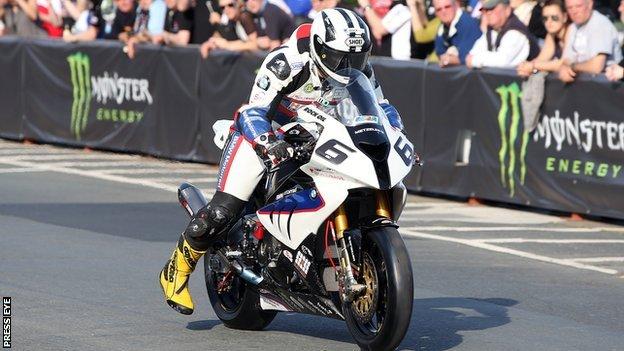 Michael Dunlop, a four-time winner at last year's Isle of Man TT, will look to add to his tally of seven successes when this year's event blasts off with the six-lap Superbike race on Saturday.

Dunlop secured his first 'big bike' win on the 37.73-mile Mountain Course in the equivalent race in 2013, but switches from Honda to BMW this year.

"This is the event I build my whole year around," said the 23-year-old.

"I never go to the TT thinking it's going to be my year but I want to win."

"It's nice to go out and race against the clock, do my own thing and just enjoy myself. A Superbike win is the one I always wanted and I achieved that last year, beating everyone fair and square."

Dunlop's participation appeared to be in doubt only a few weeks ago when he underwent surgery on an arm injury sustained in a British Superbike qualifying crash at Brands Hatch.

Prior to that, he had indicated that he may consider taking a year out of the sport, or even quitting, if he failed to secure suitable machinery.

Since then, a brace of victories at the North West 200 have proved that the Ballymoney man is fighting fit again and eager to claim more Manx success over the coming week.

He will campaign BMW machinery, with backing from the German factory and Buildbase Racing, in both the Superbike and Senior races, plus a BMW Superstock, a Honda Supersport machine and a Kawasaki supertwin under the banner of his own MD Racing outfit.

Michael's elder brother William heads to 'the island' full of confidence on the back of a first international Superbike win at the North West and support from one of the most experienced teams in the paddock, the Tyco TAS Suzuki outfit.

The 28-year-old will start as one of the favourites for the two Supersport 600cc races, but also has realistic hopes of a podium finish in the Superbike outings.

Other Northern Ireland riders who should be in the mix for high leaderboard finishes include Ballyclare man Jamie Hamilton, with his best chance of a top-three coming in the competitive Supertwins class, and Fermanagh-born Lee Johnston, a double North West 200 winner in the colours of the East Coast Construction Honda team.

Much of the attention in the run-up to the event has focused on the fitness of 20-time winner and main Honda man John McGuinness, who has been struggling to overcome the effects of a broken scaphoid sustained in an off-road accident earlier this year.

The Morecambe rider failed to make a significant impact at the North West, but his form in practice for the TT shows that he will be a challenger for the main prizes if his wrist holds up to the rigours of the most demanding road race circuit in the world. 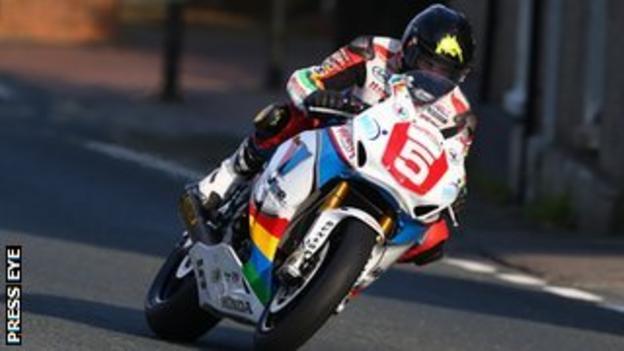 Suzuki star Guy Martin continues his perennial chase for a first TT win, while fellow Lincolnshire rider Gary Johnson always reserves his best form for the Isle of Man with the help of his band of personal sponsors.

Wranglings with the organisers over technical regulations appeared to have ruled the distinguished pair out of this year's event, but agreement was reached between the parties at the eleventh hour.

Meanwhile New Zealander Bruce Anstey, 45, hopes to reap the benefits of continuity as he joins up with the Padgett's Honda team for the fourth consecutive season.

The Kiwi was quick out of the blocks in the first two nights of practice and should be a contender in all the classes he competes in, with a first Superbike success a genuine possibility.

In contrast, Manxman Conor Cummins is representing his fourth different manufacturer within the space of four years as he rides Hondas in all classes.

English trio Michael Rutter, James Hillier and Dean Harrison all have strong claims for rostrum places at least, while Cameron Donald on board a factory Norton, and David Johnson, join Brookes in providing the Australian challenge.

Lincolnshire lad Ivan Lintin, James Cowton, Olie Linsdell and comeback men Ryan Farquhar and Keith Amor will join some of the regular frontrunners for what should be a thrilling Supertwins contest on the final day of racing, prior to the blue riband Senior TT.

The race programme is completed by a one-lap outing for the TT Zero electric bikes and two sidecar outings, for which Dave Molyneux, John Holden, Ben Birchall, Tim Reeves, Ian Bell, Conrad Harrison and Gary Bryan will be among the favourites.