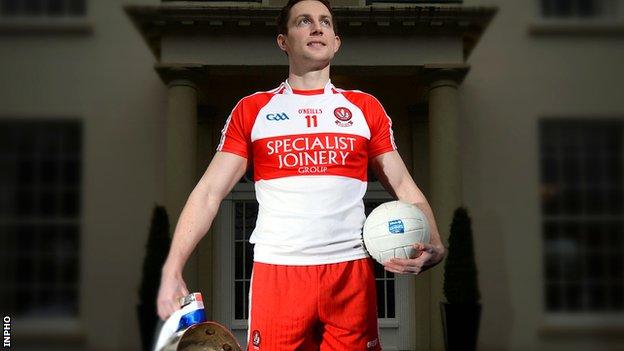 The Kilrea player sustained a groin injury in a Division One League match against Kildare seven weeks ago.

He has been receiving intensive treatment in recent weeks in a bid to be fit for the clash at Celtic Park.

Derry manager Brian McIver confirmed that the injury has been "slow to respond" to treatment but added "we are certainly not ruling him out just yet".

Sean Leo McGoldrick will be available after missing Derry's Division One League Final defeat to Dublin last month with a knee injury.