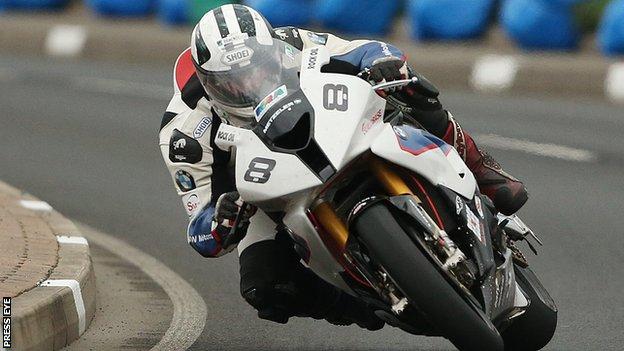 Michael Dunlop set the fastest speed of this week's Isle of Man TT practices in perfect conditions on Friday night, lapping at 131.50mph.

Dunlop topped the Superbike leaderboard by six seconds from Padgett's Honda pilot Bruce Anstey, who recorded a lap of 130.86 earlier in the week.

Lincolnshire rider Gary Johnson (Kawasaki) moved to the top of the Superstock timings at 130.21 on Friday, closely followed by compatriot Dean Harrison (128.62) and Michael Dunlop (128.41).

Johnson also set the fastest Supersport time of the week with 125.93 on a Triumph in the final session.

The first race of the week, the Superbike, is scheduled to blast off the start line at 11:00 BST on Saturday.