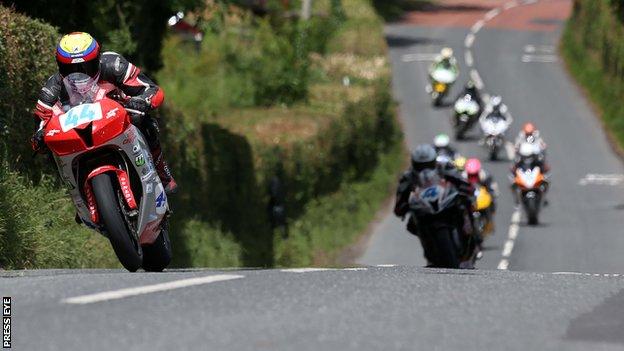 The Wilson Craig Honda rider from Ballyclare took the flag in the Open event ahead of Manxman Dan Kneen and Michael Sweeney, from Skerries.

Earlier in the day, Hamilton saw off the challenge of KMR Kawasaki rider Behan and Kneen in the Supertwins.

Hamilton won the Supersport 600cc race with Kneen second and Sweeney in third.

Sweeney took the honours from Seamus Elliott in the 250cc event, while Nigel Moore came in ahead of Sam Dunlop and Paul Jordan in the 125cc outing.

Hamilton had 23 seconds to spare over Kneen in the Open race, but his margin of victory in the Grand Final was reduced to 0.162 seconds.

The former top TT newcomer set a new lap record for the course at 90.858mph and also set a new Supersport best at 89.353mph and a fresh Supertwins lap benchmark on 85.612.