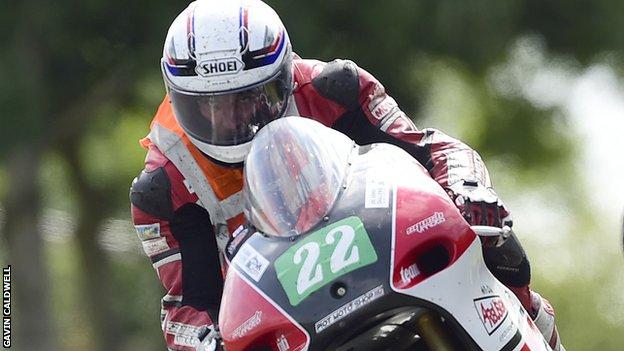 A French rider remains in a critical condition in hospital following a serious incident at the Ulster Grand Prix motorcycling meeting at Dundrod.

He is being treated at the Royal Victoria Hospital in Belfast.

The incident led to the action being halted at the Dundrod circuit for around an hour.

Earlier, Kent rider Danny Webb crashed during Ulster Grand Prix practice but while he did sustain injuries, they are understood not to be life-threatening.

The Ulster Grand Prix produces the fastest speeds of any road racing event in the world.