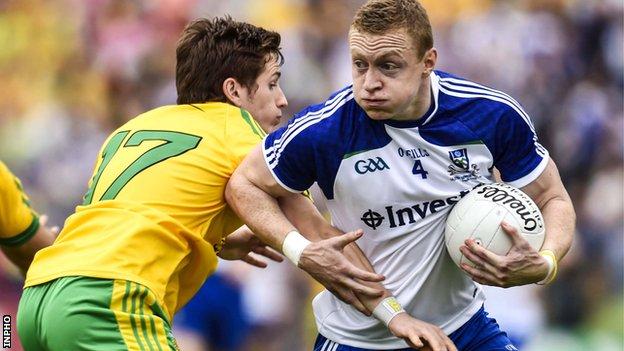 Monaghan defender Colin Walshe is set for a long spell on the sidelines after suffering a knee injury in the All-Ireland quarter-final defeat by Dublin.

It is understood the All Star corner-back sustained extensive cruciate ligament damage.

The initial injury occurred early in the first half of Monaghan's 2-22 to 0-11 loss to the holders.

Walshe received treatment at the time but played on for the duration of the Croke Park game.